Please note that owing to restrictions on gatherings, caused by the current Coronavirus pandemic, we are unable to hold any meetings until further notice. 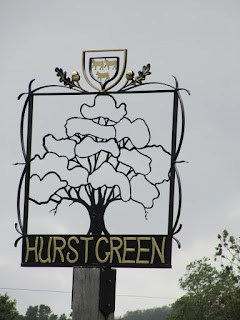 Welcome to the Autumn Village Show 2020 for Hurst Green, Surrey!

The show starts below after a couple of entries detailing the winners of the show awards and the RHS Banksian Medal.  However, whether a winner of an award or not, the thanks of the Club and the organisers go to all those who contributed to the show in any form whatsoever!  It was also encouraging to see the awards being distributed over a wide selection of entrants, including a number of new or inexperienced exhibitors.

After the trial run for an online Summer Show, we also held this Village Show - our main annual show event - online as well, as we could not gather in St Agatha's, as we would normally do.  We learned a fair bit from the Summer version, and we also think that it encouraged people to enter as it gave some idea of what to expect - it must have done, really, as we had nearly 235 entries in all, making a very decent show.

Of course, nearly 235 entries makes for a lot of pictures to scroll through, so we again advise sitting down with a strong cup of tea (or something much stronger, knowing our average membership), to enjoy all the glorious pictures as they scroll past.  Each class is presented as a separate Blog post, hopefully in the correct order - don't forget to select the "Older Posts" option  to move on to the next set of classes when you reach the end of each "page".

Our great thanks go to Sylvia Pocock, who once again took on the unenviable task of judging the exhibits for us.  It is a novel experience trying to judge only from a single photo, when you would normally be able to pick up the entry and examine it in detail, and she has done a sterling job, and taken a great deal of care over it.  You may not agree with all the decisions - so nothing different from a real show then (!) - but we know how difficult the job was and thank her for taking it all on.  She was remarkably impressed with the effort you all made to reach almost 235!

We have also learned a great deal, and will be focusing on how we can use the knowledge to improve our shows in the future - we would never want the Autumn Show to go online permanently as it is a great live social event, but there are things that we can take away from the experience for the future.  It is noticeable, for example,that members who are a little unsure about entering a live show are much happier taking photographs, widening the range of exhibitors and extending the reach of the show.

And, generally, thanks to you all for supporting the effort and keeping to keep the shows alive! 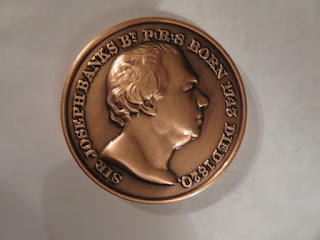 The Club is affiliated to the Royal Horticultural Society, which allows us to award an RHS Banksian Medal at our main show each year.  This medal is normally awarded to the exhibitor who has gained the most points in the horticultural categories and is therefore deemed the "Show Winner".

However, as this is an online show, it is not possible to judge to normal RHS standards; furthermore, many Clubs have not been holding shows at all during the Covid-19 lockdown.  The RHS has therefore suggested that Clubs should find an alternative and imaginative use for the medal.  One suggestion the RHS made was that the Medal could be awarded to someone who has contributed a great deal to the shows, but has not necessarily won one in the past, or is unlikely to win one in the future.

The Committee has therefore consulted on the issue - without the knowledge of the final recipient - and made a recommendation to the Judge, who also agreed with their decision and made the final award.

As a Club, we are most fortunate that we have a membership that is open to and willing to putting exhibits into our shows, to make them a great success.  This should be viewed against a general trend in the country for shows to become smaller and smaller, and to eventually fade away completely.  We regard this as a great shame as shows have so much to offer, whether to exhibit growing skill or just as a social occasion.  Our own Club was suffering much the same malaise, and we are grateful that, over the last few years, we have had someone who has gently (and sometimes less gently) encouraged, cajoled, and begged the members to show, and has played no small part in re-invigorating our shows, and in encouraging the membership to enter and support them.  The recipient is also responsible for introducing the online format this year, in order to keep the shows alive, for once lost, it will be difficult to revive them again.

The Judge and Committee are therefore pleased to award the RHS Banksian Medal to Jilly Ball, for all her hard work as Show Secretary.  We feel that it is a well deserved and appropriate award to thank her for all her hard work in organising the live and online shows; the need to act in a "front of house" role at the shows also means that she is realistically unable to win the Banksian herself in a normal year as she is too busy enabling one of the other members to win it instead.  We do hope you all agree, and thank her for all her efforts and hard work. 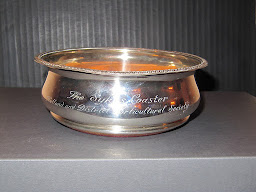 Since we had to publish a simplified schedule for an online show, we have awarded the following cups only, based on the revised classes.  There is no Best In Show, as it is difficult to judge based only on photographs.

We would also like to stress that the exhibits are awarded for perceived horticultural qualities, rather than photographic prowess (although presentation does not hurt, as in a real live show).  Furthermore, it is not possible to examine exhibits in detail as you might in a real show, so that the results reflect the judge's opinion based on what she can see!

Congratulations to all the prize winners, but also to all the exhibitors taking part.

Special congratulations also go to Carole McGuire, who tied in points for the Floral Art classes - our rules stipulate that, in the case of a tie, the winner of the themed "Japan" class takes precedence!
Posted by HGgardeningclub at Friday, September 11, 2020 No comments: 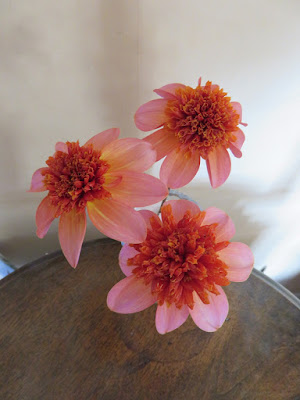 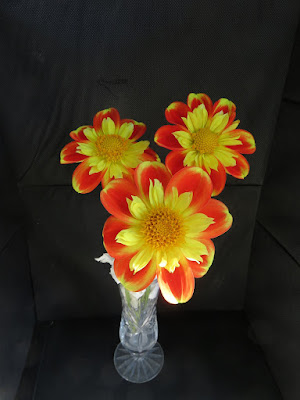 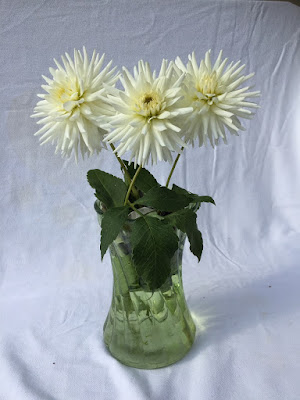 Class 103 - Dahlias, 1 vase, numbers optional, any types, may be mixed 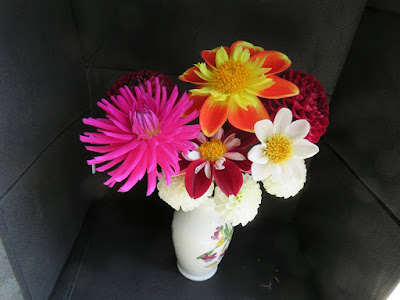 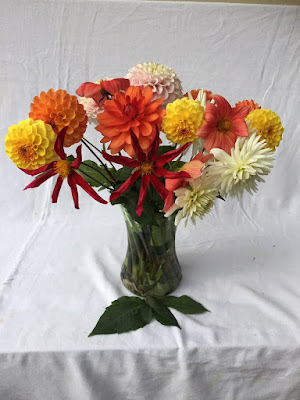 Class 104 - Dahlia, one specimen bloom, any type, any size, in vase or on plant 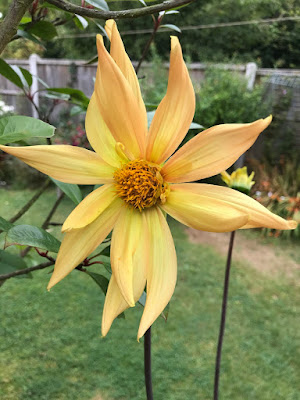 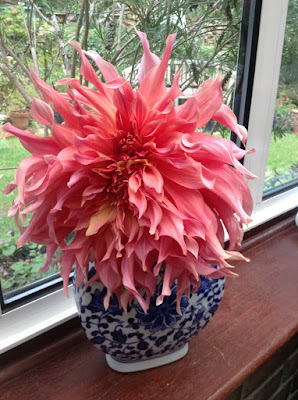 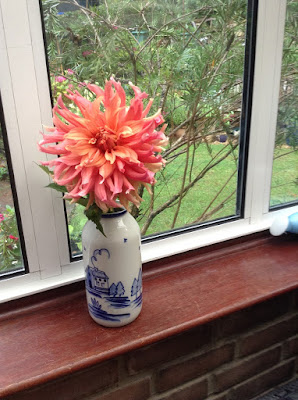 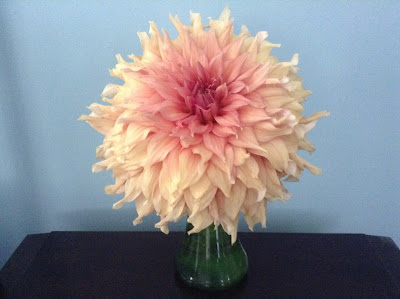 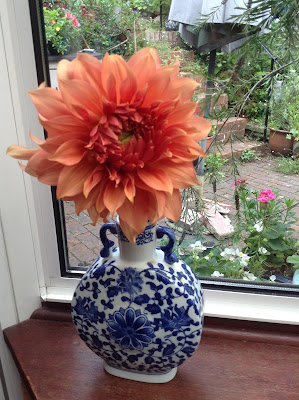 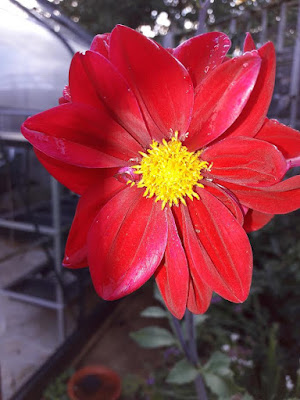 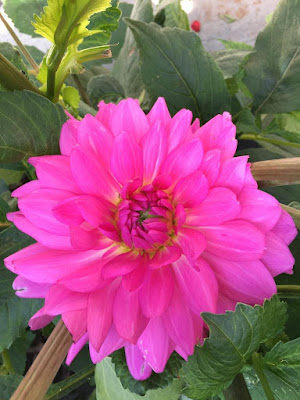 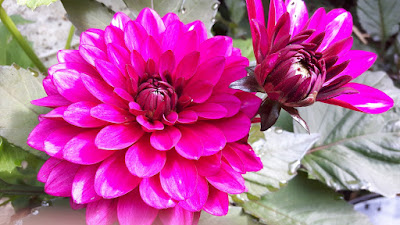 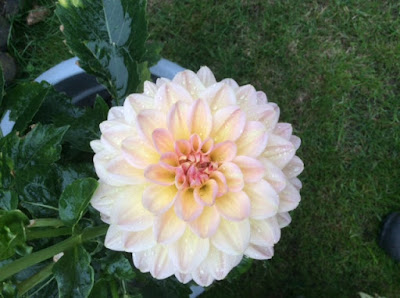 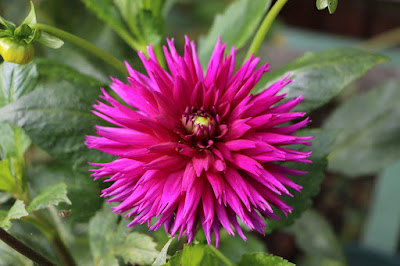 Class 106 - Rose, large flowered, one specimen bloom, in vase or on plant 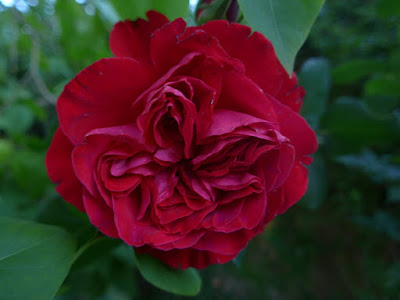 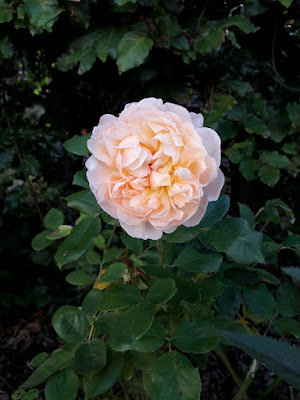 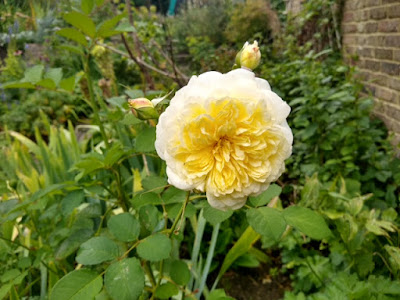 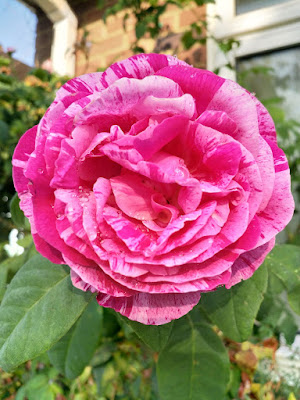 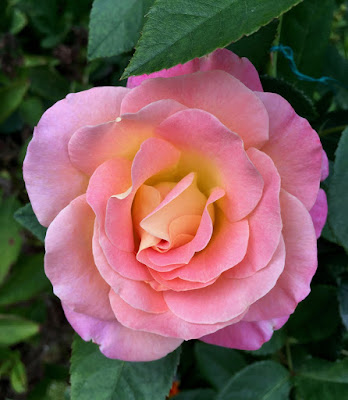 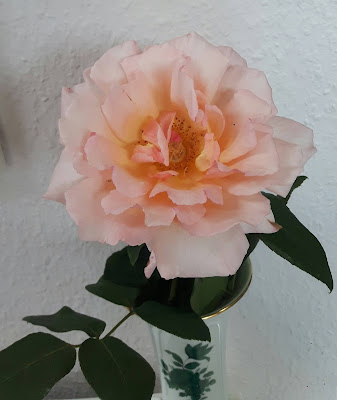 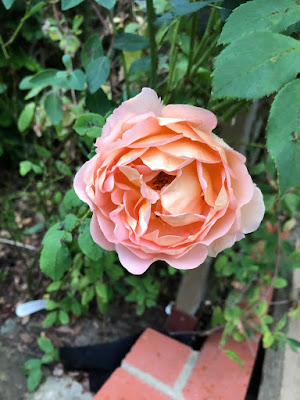 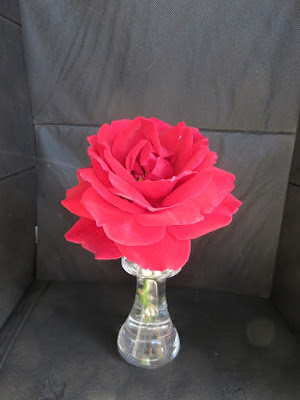 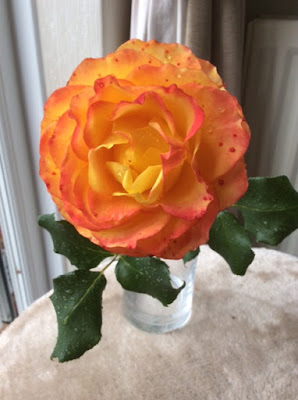 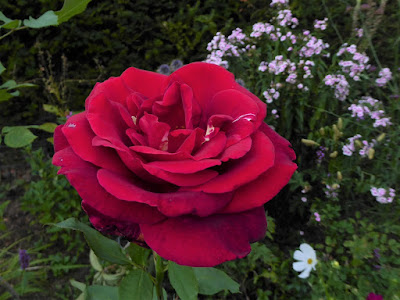 Class 107 - Roses, large flowered, 1 vase or on plant, numbers optional, may be mixed

Owing to the Coronavirus update, we are unable to hold any meetings at the current time.
We will update this page with any information as soon as it is available.

We run a couple of exhibitions and competitions every year such as the annual daffodil competition against Godstone, and the Summer Evening and Autumn shows.

We are open to members of all ages and any level of interest or ability.